I am the principal investigator and a research fellow in “Trustworthy human-swarm partnerships in extreme environments” project funded by UKRI Trustworthy Autonomous System Hub. Earlier I was a research fellow in “Flexible autonomy for swarm robotics” project funded by Alan Turing Institute working in the group of Prof. Sarvapali (Gopal) Ramchurn. I have a Doctorate of Engineering from the University of Luebeck in Germany where I was a member of an EU-project, florarobotica. My supervisor and the coordinator of the project was Prof. Heiko Hamann. I have an MSc degree in Computer Science from the University of Paderborn in Germany and a BSc degree in Software Engineering from Iran University of Science and Technology.

I am interested in human-swarm interaction, swarm robotics, trust in human-swarm teaming, aerial swarms, and evolutionary/bio-robotics. My research has been covered by several international news outlets (including EuroNews, France24 and Deutsche Welle) and magazines (such as IEEE Spectrum, Robohub and Future Maisons).

I have co-supervised over 20 MSc & BSc students and I am on the program committee of many high impact conferences/journals in AI & robotics such as IJCAI, AAAI, ICRA, IROS, Swarm Intelligence Journal, etc.

I often write about: 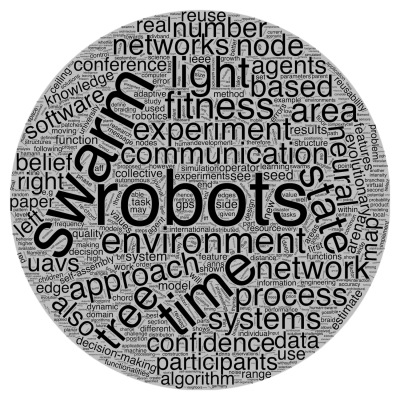 Best contacted by email but you also find me on:

Work with us on citizen-centric AI systems at @unisouthampton!

In this 3-year postdoc position, you will investigate explainable AI for non-expert end users.

We asked 100 study participants to operate a large swarm of robots when: 1) the task was time-critical & 2) they had only local communication & vision range. The majority said they liked heatmaps of swarm coverage more than the display with individual robots.